What’s So Fabulous About Scotland?

Scotland is a land of crumbling castles and rolling hills. The countryside is vast and the castles are impressive. Much of Scotland rests just as it did a few hundred years ago, and its culture follows suit. Folk music is still prevalent, and traditional Scottish food still dominates the cuisine.

Although many of the castles in Scotland have fallen to ruin or have been rebuilt over the ages, they are still a testament to the mighty fortresses that once stood and the dramatic sieges that took place once upon a time. While some castles continued to be occupied for hundreds of years, others fell out of use and crumbled to the ground.

The ruins of Urquhart Castle stand over Loch Ness, tempting visitors with the opportunity to catch a glimpse of the famous sea monster. Kildrummy Castle was a fortress and residence for several hundred years. In the mid to late eighteenth century, however, the castle fell to ruin and was even used as a stone quarry.

Tantallon Castle is perched on a steep cliff overlooking the sea. Its enormous walled sides meant to protect it from siege, but the castle eventually fell to ruin after being attacked several times. Dramatic cliffs also surround St. Andrews Castle, but what is truly notable about this castle are the underground tunnels and the “bottle dungeon,” which served as a prison for several years.

Scotland is best known for its bagpipes, and much of the folk music uses the bagpipe for its distinctive sound. The harp, the accordion, the fiddle, and the guitar are also popular. When it comes to music festivals, traditional Celtic music mixes with rock and pop to bring a musical mélange to major cities like Edinburgh and Glasgow.

One of the most popular modern bands to come out of Scotland was the Proclaimers, who experienced fame in the early ‘90s.   From Scotland as well, Annie Lennox –-formerly of the Eurythmics—went on to become a Golden Globe and Academy Award winner (for Into the West) and has been dubbed “the greatest white soul singer alive today.”  Her moving social justice and human rights activism is world renowned.  Sheena Easton, born in Bellshill, Scotland in 1959 and raised along with her 5 siblings by the widowed wife of a mill laborer.  Inspired by Barbara Streisand in The Way We Were, she earned top grades toward a scholarship at Royal Scottish Academy of Music in Glasgow, studied teaching and rose to fame in the 1980’s as a pop singer.

Scotland’s cuisine is based on traditional foods that have been enjoyed for years. Scottish beef cattle make delicious steaks, and although they are bred all over the world, they are best enjoyed in their native country. Stews, such as Scotch broth, are popular, and consist of stock made from mutton, beef, or chicken combined with vegetables.  Porridge is still a popular dish in Scotland, and when prepared correctly (with a little bit of salt and with a thick, hearty consistency), it is a rich and filling dish. With a nutty flavor and hearty texture, it’s not like the quick oats most people are used to.

Smoked fish is still a popular delicacy, as are bannocks (or oatcakes), made on a griddle and often eaten with cheese. Scotch pies are made with minced meat encased in a flaky dough and have become somewhat of a national pastime. At Saunderson’s of Edinburgh butcher John Saunderson famously creates meat pies, with succulent tender beef, that practically melt in your mouth.

Scotch whiskey is possibly the most famous beverage in Scotland. The amber drink is distilled from barley liquor and flavored with water seeped in peat, which usually comes from local bogs surrounding nearby springs and lakes. Malt whiskey is made at individual distilleries, and blended whiskey is the product of multiple distilleries, mixed together to achieve a uniform taste. Many distilleries offer free tours and tastings, and the countryside surrounding them is often the most beautiful in Scotland.

Visiting Scotland is like opening a door to the past. Its history is long and dramatic, filled with battles and exchanges of power. When you think of Scotland, you may picture bagpipes and whiskey, but Scotland is much more than that—it’s a land with a rich history and life-loving culture, steeped in national pride. 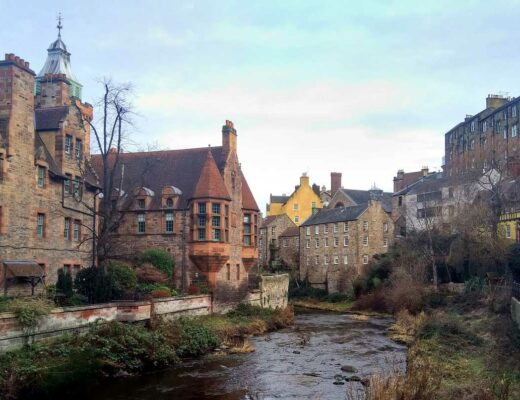 Places to Visit on a Family Vacation in Scotland 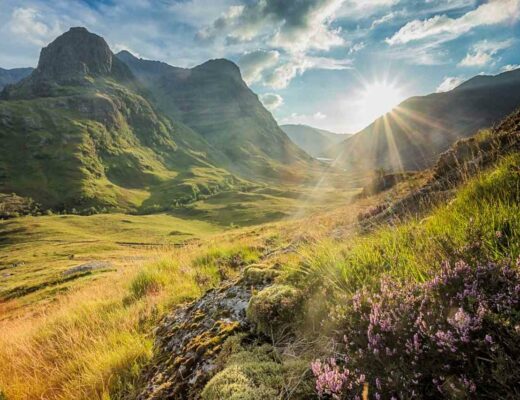 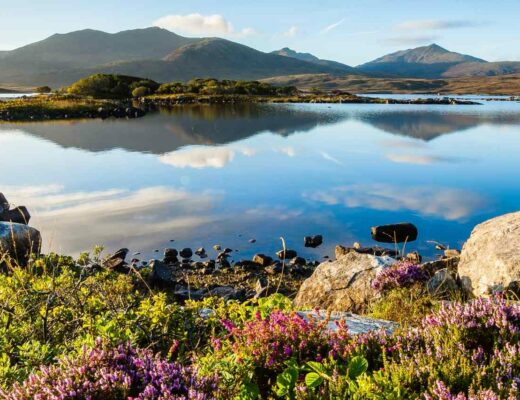 10 Facts About Holidaying in the Outer Hebrides