Nestled in the northern reaches of the Andean mountains, hugging the Pacific Coast of South America, Peru is a breathtaking destination, home to ancient relics, pre-Columbian art, and colonial centers where you can catch a glimpse of the past, both recent and distant, alongside a rich culture drawing on a diverse range of influences.

Perhaps most enticing to travelers is Peru's ancient history, still meticulously preserved in the Andes. The Incan civilization flourished here thousands of years ago, building one of the true wonders of the ancient world in Machu Picchu. Other ancient artifacts and sites dot the landscape, from Chan Chan to Kuelap and Nazca. If you aren't ready for an outdoor excursion, Lima is home to several museums featuring artifacts, artwork and more highlighting the significance and impact of ancient Peruvian culture.

Hugging the Amazon, Peru is also home to a rich palate of culinary options - from stews using ingredients passed down for centuries, to some of the world's most delectable (and rarest) chocolates. Influences are diverse - from the rare fruits of the Amazon to the spice-infused dishes and culinary diversity of Spain, to the trickling influences of dozens of cultures that surround the tiny slice of South America that is Peru.

Whether attending a parade reenacting the millennia old history of the Peruvian people, or going for a hike into the heart of the Andes or the frontier of the Amazon, Peru is a traveler's wonderland and an ideal destination, no matter what you're seeking. 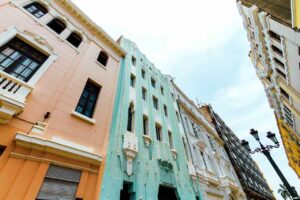 Lima is one of the most historically important cities in the Americas. Its only real rivals are Ciudad de Mexico and perhaps Boston. It’s therefore perplexing that it has no centralized museum district like New York City’s Museum Mile, Washington, D.C.’s National Mall, or Mexico City’s Centro Historico. Worse still, not only are the museums widely scattered throughout the … END_OF_DOCUMENT_TOKEN_TO_BE_REPLACED 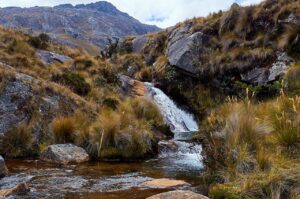 For true anglers no vacation is complete without doing a bit of sport fishing. Peru is known for its world-class fishing for marlin, tuna and other saltwater giants, but in the Andes Mountains, Peru also has great rainbow trout fishing. These fish, prized by anglers around the world for their fighting spirit and their delicate flavor, are not native to the Andes. … END_OF_DOCUMENT_TOKEN_TO_BE_REPLACED 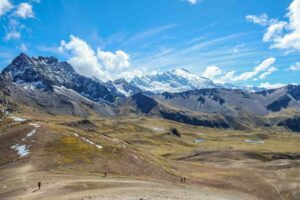 As a trekker and adventure seeker you may have already experienced the beauty of hiking through the Peruvian Andes, and if you have not done so yet, then get ready to plan your next excursion as you are in for a wonderful and rewarding journey. If you have already taken a vacation to Peru then you will not be surprised to know that Peru is the most revisited country in all … END_OF_DOCUMENT_TOKEN_TO_BE_REPLACED 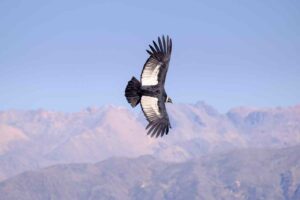 Deep in the Peruvian Amazon is the city of Iquitos, the capital of the huge Loreto district in northeastern Peru. Despite a relatively well developed city center, the remnant of a brief period of expansion during the rubber boom of the late 19th century, Iquitos remains the largest city in the world unreachable by road. The wildlife living in the surrounding jungle has … END_OF_DOCUMENT_TOKEN_TO_BE_REPLACED 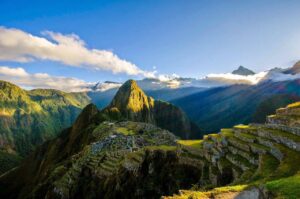 Machu Picchu, the famous "Lost City of the Incas" is a worthy travel destination for anyone who journeys to the heart of South America.  Perched high in the peaks of the Andes, this Seven Wonders of the World monument is amazing in its scenic splendor and its mysterious historical ramifications. Amazingly, this now famous mountaintop aerie was unknown to the modern … END_OF_DOCUMENT_TOKEN_TO_BE_REPLACED