Brazil is home to many of the world’s greatest natural wonders and largest cities in South America. It is a nation as diverse as any on earth, with the world’s largest rainforest stretching from the mouth of the Amazon deep into the western borders of the country, and resulting in the most diverse collection of animals and plantlife on the planet. Whether exploring the urban mazes of Rio or searching for many of the elusive species that call Brazil home, you’re sure to be awed and inspired.

It’s impossible to discuss Brazil without first acknowledging the natural beauty of the country’s storied landscapes. Some of the most iconic beaches in the world overlook thousands of miles of the South Atlantic. Inland, you’ll find spectacular views such as Iguazu Falls - one of the most picturesque and largest waterfalls in the world. While Brazil is most often mentioned in the same breath as the world’s largest biome in the Amazon Rainforest, the Pantanal is nearly as captivating in the western state of Mato Grosso. Whether for the wildlife, the sun, or the breathtaking views, Brazil offers views unlike anything you’ll have seen before.

Equally exciting are the cultural epicenters of Brazil. From the nationwide party that is Carnival every year to the Festas that capture the unique cultural influence in Brazil’s many towns, you’ll find evidence of influence from across the globe. With more than 200 million residents, Brazil is the sixth most populous country in the world and the diversity shows. 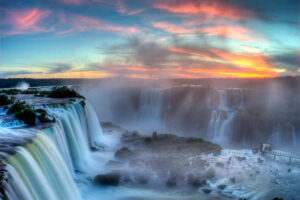 Forget Disney. Forget Busch Gardens. This winter, take the family on a real adventure in Iguazu Falls, Argentina. When temperatures drop below freezing in other corners of the globe, the Southern Hemisphere enjoys summertime. Escape the shivers of winter's chill, and shiver with excitement at this overwhelming world wonder. About Iguazu Falls Measuring approximately 210 … END_OF_DOCUMENT_TOKEN_TO_BE_REPLACED 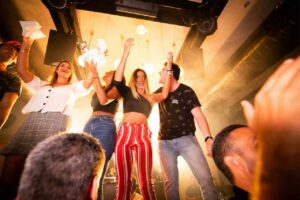 Sao Paulo knows how to party. Its famed nightlife is known around the world for its love of music and late, late nights - locals in Sao Paulo begin their night when the clock strikes midnight.  Apart from the inevitable AM drinking sessions, Sao Paulo offers a smorgasbord of party options from dance clubs to lavish bars and live music. So if you’ve booked your cheap … END_OF_DOCUMENT_TOKEN_TO_BE_REPLACED 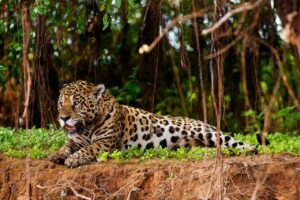 With over 60% of the bio-diverse Amazon Rainforest residing within Brazil’s borders, it’s really a no-brainer that wildlife holidays in Brazil are becoming so popular. But it’s not just the Amazon Rainforest that tempts wildlife tourists yearly to South America’s largest country: other areas such as the Pantanal and the Atlantic Rainforest offer wildlife experiences which are … END_OF_DOCUMENT_TOKEN_TO_BE_REPLACED