The United States is the world's fourth largest country, consisting of more than 9.5 million square kilometers. That's a lot of countryside to see, even for US citizens who have been here their whole lives. While the white sands of Fiji and the safaris of central South Africa are enticing for their far off locales and exotic sights, vacations in the United States remain the most popular for US citizens, and for good reason.

One of the most classic of American vacations is the road trip. With more than 4 million miles of road criss-crossing the country, Americans have been hitting the road for long drives for nearly 100 years. It takes upwards of a week to drive across the entire country if you stop and take in the sights,and there are forty-eight wholly unique states brimming with natural wonders and man made marvels along the way.

From the skyscrapers of New York City and Chicago to the sweeping desert beauty of the southeastern United States to the glitz and glamour of southern California, there's quite literally something for everyone. Taste fresh Salmon right off the boat from one of Seattle's world famous fish markets. Explore the white sandy beaches of Hawaii or Florida. Go hiking along the Appalachian trail, or climbing in the soaring Rocky Mountains. Gaze in awe at the Grand Canyon or the world' largest geyser in Yellowstone Park. Any of the nation's 62 National Parks are worth the trip; imagine being able to see them all.

Whether on a road trip or a dedicated trip to one of the country's world-class cities, vacations in the United States have so much to see. Even just visiting all 50 states in your lifetime will be an endeavor - imagine seeing all that each of them has to offer. 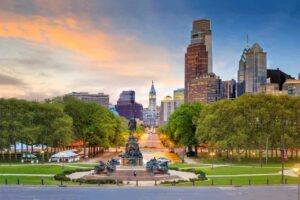 With some of the most significant historic places in the world, Philadelphia or "The Birthplace of America" is the one city you need to consider yourself lucky if you have a long layover or delayed flights. If you get "stuck" between connecting flights for more than seven hours, don't sit around and spend time at the airport. Despite being one of the busiest airports in … END_OF_DOCUMENT_TOKEN_TO_BE_REPLACED 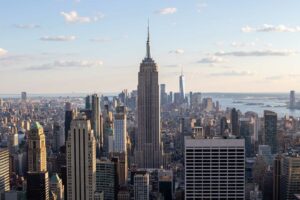 We recently had a wonderful opportunity to spend two days together with (most of) our family in New York City. This 2 Days in New York City itinerary reflects our actual trip. The main difference is that we actually arrived mid-morning on Sunday, and left mid-morning on Tuesday. Our teenage daughters had never been to NYC, and my husband and I hadn't been there for about … END_OF_DOCUMENT_TOKEN_TO_BE_REPLACED 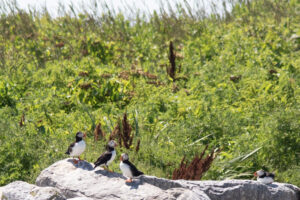 In July of 2021 we had the chance to take the Cap'n Fish's Cruises boat trip out to Eastern Egg Rock Island to see Atlantic puffins. These birds spend most of their lives on the sea, not on land, so the only good chance at seeing them is when they come to land to nest. Each year, they do this on Eastern Egg Rock off the coast of Maine. While this was a great experience (read … END_OF_DOCUMENT_TOKEN_TO_BE_REPLACED 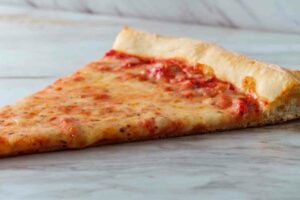 When you think of eating out in New York city, what comes to mind? The city is full of delicious options, from Michelin-starred cuisine to street corner hot dogs. New York city food includes everything from all-American favorites to ethnic delights from many other countries. There's simply so much to choose from that it's hard to know where to start! So if you're planning a … END_OF_DOCUMENT_TOKEN_TO_BE_REPLACED 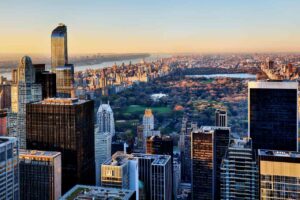 New York City is one destination where you'll never get bored! In fact, there are so many things to do in New York City that it's hard to decide what you want to see. Here are some of our favorite NYC attractions. Whether you're a first-time visitor to the Big Apple, or you've been several times before, there's always something new to see. Here are a few amazing places to visit … END_OF_DOCUMENT_TOKEN_TO_BE_REPLACED 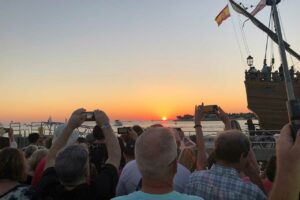 If you've never been to the Florida Keys, you're in for a treat. The sunshine and blue ocean water is breathtakingly beautiful. The laid-back lifestyle of tourists and locals alike contribute to a relaxed vacation that's anything but boring. This sample Florida Keys itinerary will provide you with an exciting and enjoyable vacation, and allow you to see much of what makes the … END_OF_DOCUMENT_TOKEN_TO_BE_REPLACED 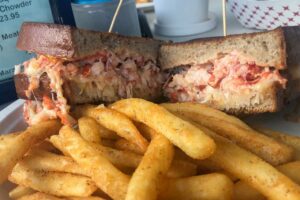 In our family, we are creatures of habit, and it seems our habit is going to the Florida Keys for Spring Break. This year we ended up in Marathon, so I wanted to where with you the different Marathon, FL restaurants we patronized. Usually we stay on Big Pine Key, which is about 20 minutes beyond Marathon. But it's close enough that we've tried some of these places before … END_OF_DOCUMENT_TOKEN_TO_BE_REPLACED 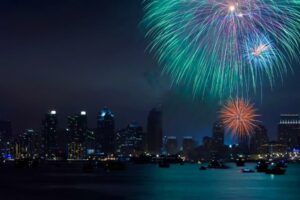 Tired of the same old celebrations on New Year's Eve? Why not consider a destination adventure as a great way to celebrate the arrival of a brand new year. The US has some amazing destinations for singles, couples, families, and groups to get away for a new kind of celebration. To get the best ideas for places to celebrate NYE, we asked some of our favorite travel bloggers … END_OF_DOCUMENT_TOKEN_TO_BE_REPLACED 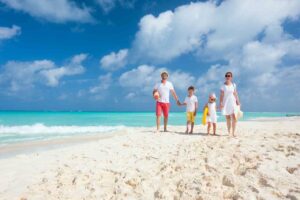 A beach vacation is the quintessential summer trip for individuals, couples, and families. When we think of summer, many of us picture various beach destinations. What could be better than sitting in the sand, soaking up rays, and enjoying a good book, a frisbee toss, or hunting for seashells? Or maybe you're more adventurous and enjoy surfing, surf fishing, and other … END_OF_DOCUMENT_TOKEN_TO_BE_REPLACED 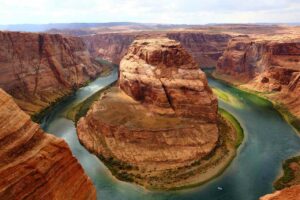 The Grand Canyon National Park, one of Earth’s most beautiful treasures, is in Arizona, near the borders of Utah and Nevada. To this day the Grand Canyon is possibly the biggest tourist destination in all of America. In fact, it is considered one of Earth’s “Seven Natural Wonders” because of its beauty. Being completely formed by erosion caused by the Colorado River, the fact … END_OF_DOCUMENT_TOKEN_TO_BE_REPLACED