Neighbors for as long as either country has existed, the United States and Canada have a long and storied history together. Sitting just across the world's longest unprotected border, Canada is the second largest country by landmass in the world, and yet is home to only 37 million people - less than California alone and only 11% of the US population overall. That's perfect, though, because it means millions of miles of unspoiled wilderness and landscapes unlike anything you've ever seen before.

From Toronto and Montreal in the east to Vancouver in the west, most of Canada's major cities sit close to the US/Canada border. And yet for hundreds of miles, the nation stretches north, into the arctic circle. From world class skiing at the dozens of resorts dotting the Canadia Rockies to white water rafting among the massive rivers stretching deep into the northern reaches of the country's upper provinces, you'll find an outdoor playground like few you've seen before.

That's not to say Canada isn't home to a broad array of culture as well. Inspired by its dual French and English roots in the east and Asian immigrants in the west, you'll find spectacular food options wherever you are. From a Canadian staple like poutine to the world class seafood you'll find all along the Atlantic coast, Canada's unique blend of cultures creates one of the most captivating cuisines you'll find.

Whether it's a weekend trip across the border or a much longer excursion in the wilderness, Canada offers a range of engaging, exciting, and at times awe-inspiring opportunities to see the world as it once was and now is, living alongside one another. 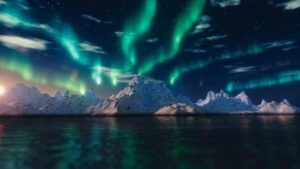 The Northern Lights - The Most Spectacular Natural Event in the World has been an attraction among many nature-enthusiasts, travelers, astronomers, and common people as well. These splendid and colorful occurrences light up the night skies of several countries located in the Northern Hemisphere. It is one of the 7 Natural Wonders of the World. These nature's fireworks are … END_OF_DOCUMENT_TOKEN_TO_BE_REPLACED 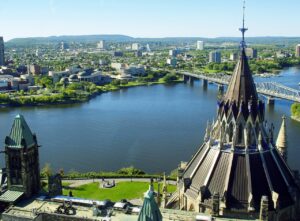 As the capital city of Canada, Ottawa is one of the most exciting destinations in the country to visit. While Montreal and Toronto may be the first cities that spring to mind, don’t rule out Ottawa just yet. Here are some of the most exciting things you can take part in when in the capital. Rideau Canal As a UNESCO World Heritage Site, the Rideau Canal is one of the … END_OF_DOCUMENT_TOKEN_TO_BE_REPLACED 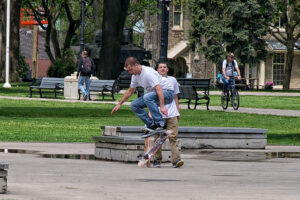 If you're visiting London, Ontario, be sure to check out some of the magnificent parks. Yes, there parks here - a lot of them, actually. London is located in the southwestern part of Ontario with a population of about 366,000 people. Known mostly for the arts and its superior educational system (i.e. Fanshawe College), it also boasts some of the best parks you'll find in … END_OF_DOCUMENT_TOKEN_TO_BE_REPLACED 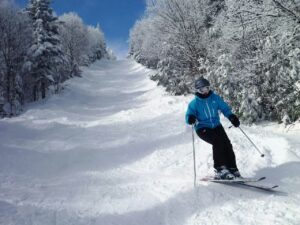 Welcome to Canada, home of the Canuck. From the land of lakes and the great North Country, Canada offers beautiful scenery among its breath-taking mountainous vistas. Here are five locations on fire with slope action and adventure for the skiers and snowboarders alike. Whistler Blackcomb, Whistler What began north of Vancouver as two separate resorts, one each at the … END_OF_DOCUMENT_TOKEN_TO_BE_REPLACED 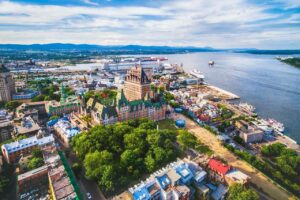 A big disadvantage for Canada is that it is located so close to the US and the US is the undisputed champion of advertising. But when you set the ads aside and just start visiting with no preconceptions you will be just as surprised as I was to find that Canada has some extraordinarily beautiful places to visit. In my opinion, Canada actually has the perfect blend of civilized … END_OF_DOCUMENT_TOKEN_TO_BE_REPLACED 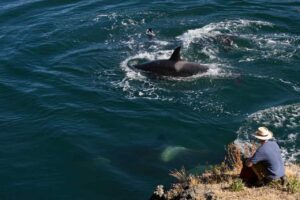 A trip to Canada offers much more than Niagara Falls and theater events. Many people aren’t aware that the country has much to offer in the way of adventurous vacations. If you’re looking for a thrilling holiday, here are five exciting things you can do in Canada: Whale Watching Most people don’t equate the country of Canada with whale watching; what a mistake! Just off … END_OF_DOCUMENT_TOKEN_TO_BE_REPLACED 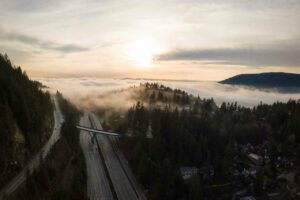 Highway 99 runs through British Columbia, from the sea to the sky. It begins in a coastal rain forest in Horseshoe Bay and ends in the mountains of Whistler. There are trailheads and scenic overlooks along the drive. Part of the road is carved out of the side of a cliff. Take the Sea-to-Sky Highway from the coast to the alpine meadows of Pemberton, and enjoy the views along the … END_OF_DOCUMENT_TOKEN_TO_BE_REPLACED