After a 20th century defined by war, conquest and division, Germany has arisen as one of the true cultural centerpieces of the 21st century. From the capital city of Berlin in the north, once the icon of division for the country, but now a glittering modern metropolis, to Munich and Fussen in the south, you’ll find dozens of major cities throughout the country home to extraordinary sites.

Along the southern border you’ll find the storied castles of Linderhof and Neuschwanstein among the Bavarian Alps, or the medieval city of Rothenburg, the anchor for the Romantic Road cutting through the landscape. The Rhine is one of the great rivers of Europe, along with which you’ll find historical wonders like the Marksburg castle and classical villages that retain much of their medieval charm.

Germany’s cuisine is legendary, from the world-famous beers that define many of the local communities to the regional dishes that feature some of the finest sausages and breads you’ll ever taste. It’s not only beer and pretzels, of course. Germany is home to a smorgasbord of delectable dishes throughout the summer and fall - every village seemingly with it’s own unique take on the local vegetation.

Culturally and historically, Germany has been the center of both history’s greatest and most terrifying developments. Hes, you’ll find ample reminders of the horrors of Nazism and the Holocaust, but you’ll also find the origins of those like Beethoven, Albert Einstein and Martin Luther. Ancient remnants of the Roman Empire and countless dynasties remain throughout the countryside, alongside modern developments that have propelled Germany to a position of prominence on the continent. Few countries will challenge and delight you like Germany. 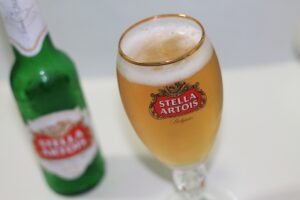 Drinking beer is one of the great European pastimes. As opposed to the US, it is culturally far more acceptable to enjoy a beer over lunch, even on a working day, and certainly in the afternoon and evenings. In some places, beer is even on the menu for breakfast. If you’re interested in beer, and the drinking of it, then a trip around Europe will likely be very enjoyable for … END_OF_DOCUMENT_TOKEN_TO_BE_REPLACED 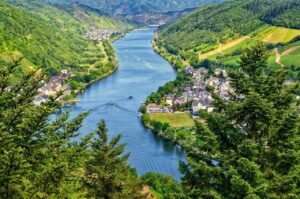 The Berlin Wall came down 25 years ago and the country’s tourism rates have been going up ever since. Germany is dynamic, vibrant, and varied, both geographically and demographically. Multiethinic, mutilcultural, and multi-faceted, the country’s high-tech railroads and modern architecture harmoniously co-exist alongside ancient forests and medieval villages. There is truly … END_OF_DOCUMENT_TOKEN_TO_BE_REPLACED 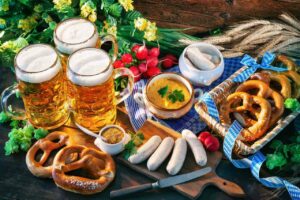 Munich is a beautiful German city with lots of colors, scenes, wonderful people and even more fun places to go to and things to do. While Oktoberfest is the event that almost everyone can related to Munich, the German capital has definitely more to offer than a good “bottoms up” Recreation Sites and Scenes A huge number of Munich attractions come in the form of historical … END_OF_DOCUMENT_TOKEN_TO_BE_REPLACED