A city-state on the tip of the Malay peninsula, Singapore is an outsized presence in Southeast Asia - a wonderland of urban planning and greenery that makes it one of the premier cities in the world. Surrounded on the north by its border with Malaysia and mere miles off the coast of Sumatra in Indonesia, Singapore has grown exponentially since independence in 1959 and is one of the most exciting destinations in the region today.

At just 725 square miles, Singapore offers a litany of places to visit, all no more than a few minutes away. With an extensive transit system connecting every inch of the city-state, you can get from the airports in the east to the western tips of Tuas and Boon Lay in less than an hour. This makes it an astoundingly easy city to explore, but don't let that connectedness fool you. There is much to do here. A mix of its diverse cultural heritage, Singapore is home to a blend of western and eastern cultures, remnants of its colonial days. From back alley coffee shops offering local favorites to starred-restaurants in the heart of the business district, the cuisine reflects that diversity equally well.

One might expect a city of concrete and high walls, but Singapore has invested heavily in recent years to build green-spaces and transform the city into a sight unlike few you'll find in cities so large. From the world-famous Botanic Gardens to a simple walk down the street, you'll find greenery and wildlife to match. 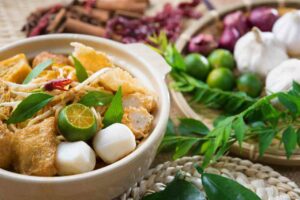 Singapore’s cultural diversity is first thing you’ll notice when you arrive in this country.  This extravagant society is truly a melting pot of cultures. If you are a gourmet traveler then Singapore is just the place, offering diverse delicacies and rich flavors. In fact, Singaporean food is one of the main attractions for global tourists. So if you are visiting Singapore, … END_OF_DOCUMENT_TOKEN_TO_BE_REPLACED