In Barcelona it is quite normal for the plaza (square) to be the most common ground to relax or hang out, whether it is for a drink after work, a rest after walking the dog, a bite to eat or as a place to take in the scene and bask in the sun – the plaza in Spain is vital.

These following are our favorite Barcelona plazas, or squares. in the city to ensure that you don’t miss out on embracing the culture and utilizing these urban open spaces that are design gems and at the center of a community.

If you don’t mind going on a mini quest for your plaza, then it’s worth checking out this romantic and quaint square with a tragic tale. The façade of the baroque church in this zone has lots of holes. They were initially explained as being the bullets of fascist execution squads who were shooting priests beside the church during the Spanish Civil War. However this was dispelled as a cover up from Franco’s government and the true events are alleged that on January 30th, 1938 a bomb killed 153 people in the plaza, mostly orphans.

It was also this church that Antoni Gaudí was traveling to before he got run over by a tram on Gran Via. The square now stands as an innocent place to relax and have a drink despite the sad history it holds.

Another of the Barcelona plazas, the Plaza Reial is extremely popular and a must-visit! It is here that you can find the Fountain of the Three Graces, good restaurants and classic jazz club Jamboree. Designed by Francesc Daniel Molina I Casamaio in the 19th century, the space is pretty impressive with its elaborate architecture lilted with palm trees. Plaza Reial was and still is the heartbeat of the Gothic quarter, conveniently located off Las Ramblas and frequented by tourists and locals alike. One of the best spectacles is during Barcelona’s annual La Mercé festival that takes place every September.

More information can be found here.

This is a fabulous little plaza hidden in the Gótico quarter beside the Santa María del Pi Church. This space host a variety of events such as the weekly arts and crafts markets, ideal for those happy to simply wander or for the arty folk within the city. Its translation (pi) is a reference to “eternal pine” and is named so because when the square was inaugurated there was a large pine tree in the middle, which had to be replaced, but this is still one of the quintessential of the Barcelona plazas.

Related: The Parks of Barcelona

Another popular square but based in the hip and bohemian neighborhood Gracía is La Plaza del Sol. This is not the “shiny” hub of Barcelona, be prepared to immerse in to the scene with alternative types, few tourists, and street musicians. This is one of the Barcelona plazas that definitely seems to host the locals, making it almost impossible at times to even get a table on a sunny day. Sol Soler is a very traditional Catalan bar with a typical tiled floor and excellent bites to eat and Woody’s is an emblematic bar that is full of jazz and movie memorabilia.

Plaza Espanya is noted as one of the most importance of the Barcelona plazas, due to its sheer size and grand location. Based at the foot of Montjuic, you are close to MNAC museum, Parc de Miró, and Las Arenas shopping mall (a former bullring) and much more. The new mall has attracted more business turning the area that already has access to splendid views from the top of the terrace, restaurants and tapas bars. The Fira exhibition hall host events throughout the year such as, GMSA Mobile World Congress and Barcelona Harley Days, that ensures the area remains busy and vibrant. 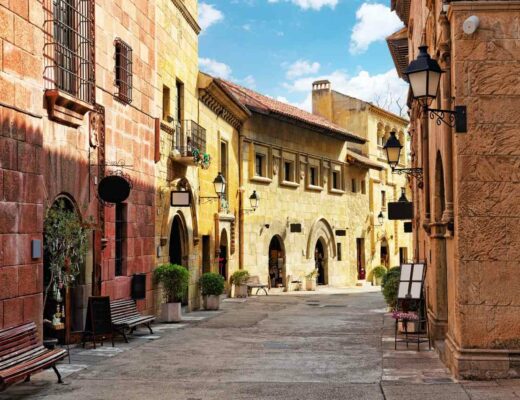 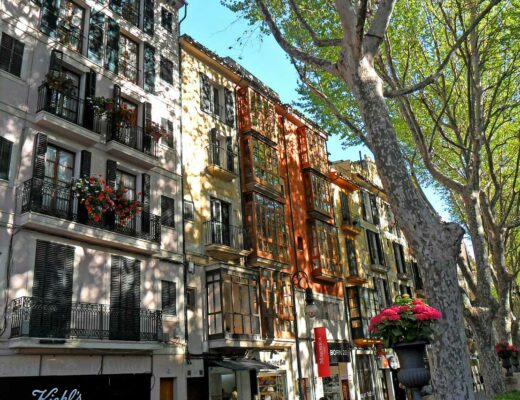 Exploring Majorca on Two Wheels – By Scooter, Bicycle or Segway 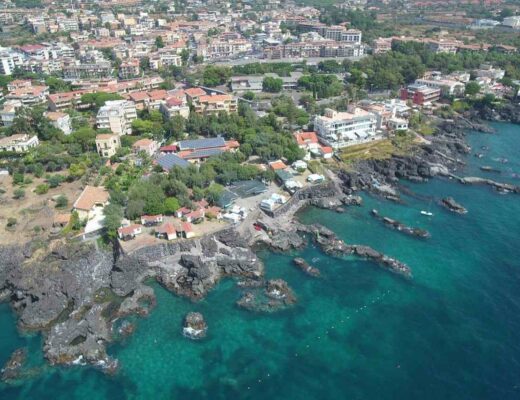