How to Get to Spain without Flying (from the UK)

Despite lying just 700 miles from Britain’s south coast across the beautiful Bay of Biscay almost all visitors from the U.K. travel to Spain by plane, passing up the ample opportunities to travel to this enchanting land by other means. If you want to learn how to get to Spain without flying, here’s everything you need to know.

Perhaps you have a fear of flying, or maybe you just prefer a more civilized type of travel, without the stresses and strains of airport security. Thankfully there are several options to consider.

Despite a reduction in service in recent years there are still a few ferries plying the popular route from England’s south coast port cities to destinations in Northern Spain. One of the main routes, from Portsmouth to the cultural capital and swish melting pot of Bilbao, was axed from P&O ferries schedule back in 2009, yet operator Brittany Ferries stepped in to take over the route soon after.

Anyone embarking on walking holidays in Northern Spain, such as the famed pilgrim’s route to Santiago De Compostela, should look into taking this ferry, as it brings visitors to within a few miles of the route. Bilbao is also a superb gateway for enjoying the entire Basque region, in particular nearby San Sebastian with its beautiful beaches and outstanding culinary scene.

Other routes available from the United Kingdom include going from Portsmouth to Santander, or Plymouth to Santander, so you are well advised to shop around for the most competitive price. Journeys across the Bay of Biscay to Spain generally take around 12 hours and sail through the night, so you can lay back in your own private berth, go to sleep and wake up in a whole other country.

Alternatively you can while the night away in the entertainment areas of the ship, where a full screen cinema shows the latest movie releases, hang out at the bar for sophisticated drinks, and dine at an array of tasty restaurants. A far more civilized approach to travel than flying coach class with a budget airline, I am sure you will agree.

There are few modes of transport as elegant, refined and hassle free as traveling by train. The glamour of old Europe and trains such as the Orient Express are sure to be evoked when making your way to Spain on the train, first embarking at wonderful St Pancras Station in the heart to London to travel to Paris on the Eurostar.

If you are traveling to North-Eastern Spain you will most likely need to depart from Gare Austerlitz or Gare Montparnasse, the stations serving the south-west of France. Take the HGV to Hendaye on the French-Spanish border before embarking on Spain’s comfortable regional trains to a variety of locations.

If you are instead heading for the sun of the Costas or want to experience vibrant Barcelona, take the high-speed train from the Gare de Lyon. If you time your journey just right, you can do the entire thing in less than a day.

A further option for making your way to Spain includes taking your own car, and using a cheap and quick ferry across the channel from Dover to Calais, or taking the Eurostar to Lille. This way you can enjoy the French countryside at your leisure and make your way to Spain at your own pace, in the comfort of your own vehicle, without having to pay extra for train or ferry transport.

Of course, it may take a little longer when traveling in a car, but playing your own music as loudly as you like makes it all worth it. And, of course, traveling by car means you can reach even more out of the way and remote locations, for instance if you are thinking about heading to the Pyrenees for adventure holidays or climbing breaks.

How to Get to Spain Without Flying

As you can see, there are multiple options to get to Spain from the UK without having to deal with airlines, airports, and plane travel. If you prefer to not to fly, these options can be a great alternative. 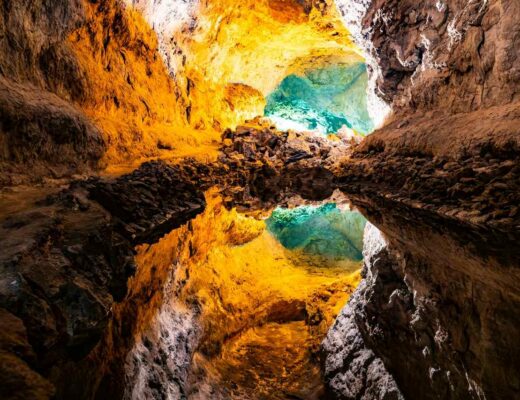 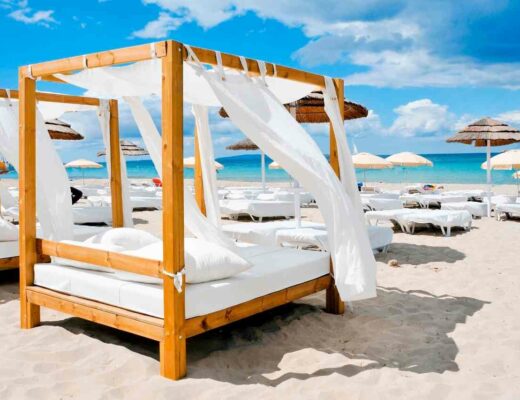 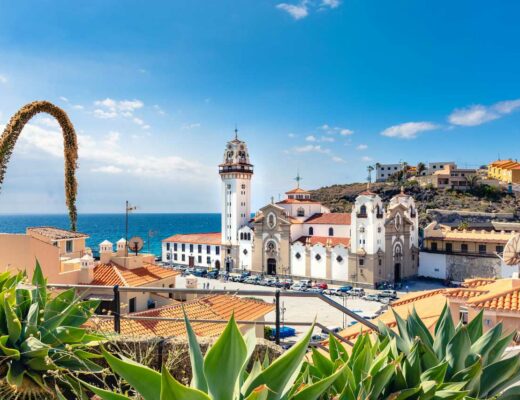 Vacation in the Non-Touristy Parts of Tenerife