Joining an organised tour is a great way of seeing and learning about the vibrant, diverse and historic mercantile and maritime city of Liverpool which, in 2004 became one of UNESCO’s world heritage sites.

Perhaps the most popular of all of these tours is the Magical Mystery Tour dedicated to the places and history of the world’s greatest rock and roll band, the Beatles. You will step on board the brightly and somewhat psychedelically painted bus for a two hour tour of the city that takes in the places you’ve heard John and Paul croon about such as Strawberry Field and Penny Lane. The climax of the tour is a visit to the Cavern Club – the venue where the Beatles began to make a name for themselves. Smaller groups (up to six) might choose, instead, to take one of the taxi tours on offer. For times and booking information go to the website www.beatlestour.org

Delve into the history of Liverpool’s trading past and enjoy its sights from the water with the forty minute Yellow Boat Cruise around the South Dock or a 30 minute Yellow Duckmarine Cruise taking in the pier heads and Cathedrals. Cruises run throughout the day from 10.30am to 6pm. Visit www.theyellowduckmarine.co.uk

For anyone wanting to gain a far deeper knowledge of Liverpool’s sometimes chequered history the slavery trails walking tours are a must. Guided tours can be organised for groups or individuals or downloadable audio tours are also available. For more information go to www.slaveryhistorytours.com

The complex of grade I listed buildings that make up the Albert Dock are among Liverpool’s premier tourist attractions, indeed, you hardly need go anywhere else as the setting comprises hotels, coffee shops, nightclubs, bars, restaurants and retail outlets!

One of the main attractions within this attraction are the museums and galleries such as the Tate Liverpool, the Merseyside Maritime Museum, the International Slavery Museum and the multi award winning The Beatles Story complete with Beatles themed café.

The Pier Head and the Three Graces

Situated on the site where the George Dock once was, the three graces make up the iconic Liverpool skyline and consist of the Cunard Building, The Royal Liver Building and the Port of Liverpool Building – powerful and magnificent symbols of the city’s historic importance in global trade and commerce.

The most iconic of these three icons is, perhaps, the Royal Liver Building with its dual clock towers each with a Liver bird perched on top. Local tradition states that this pair are a male and a female of the mythical species. The female scans the sea to see sailors and merchants safely to shore while the male of the pair looks over the city to watch over the families of seamen while the man of the house is away (or as many locals contend to check the pubs open). Some would have it that the birds are chained down as, if they were to ever fly away, the River Mersey would burst its banks and catastrophe befall the city. 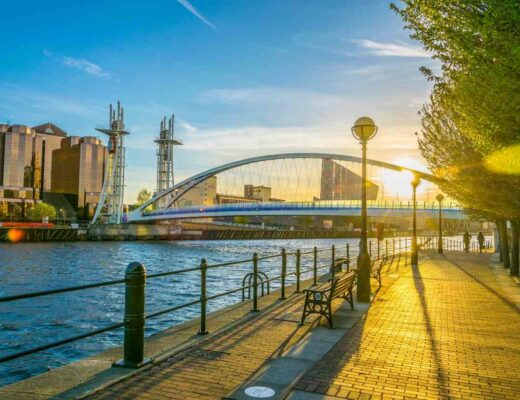 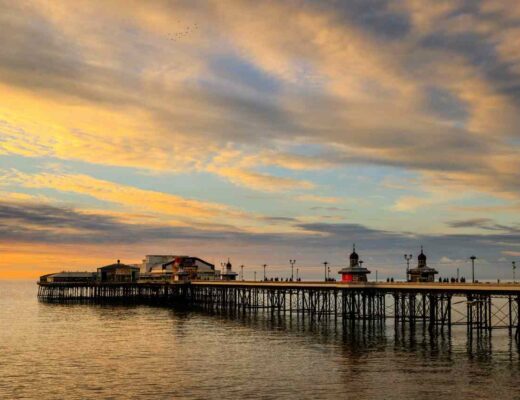 10 Best Beaches in England and the UK 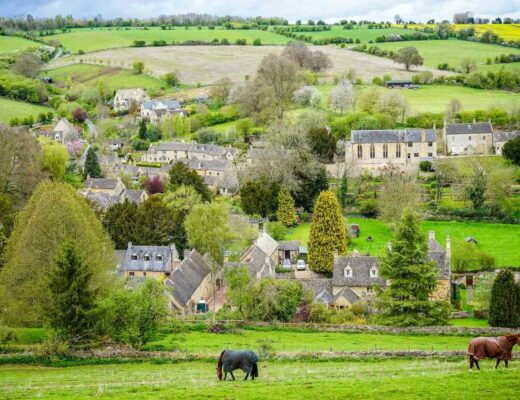