In July of 2021 we had the chance to take a puffin cruise in Maine with Cap’n Fish’s Cruises out to Eastern Egg Rock Island to see Atlantic puffins. These birds spend most of their lives on the sea, not on land, so the only good chance at seeing them is when they come to land to nest. Each year, they do this on Eastern Egg Rock off the coast of Maine.

While this was a great experience (read on!) I have to tell you how this all came about.

In January of 2021, I was determined to get to Machias Seal Island to see these birds. That’s a different location in Maine. There’s only one boat that can go there, but if you can get on it, the experience is supposed to be amazing. Unlike Eastern Egg Rock, on Machias Seal Island, you can actually land, get out, and photograph the puffins up close, while you’re in a blind.

Needless to say, the entire season generally sells out the day it opens. That’s usually in January, but when I checked, it turned out they were delaying it until March because of the ongoing COVID pandemic. So I set another note on my calendar (with FIVE reminders!) to try in March for a spot.

My hopes weren’t high. All of the tours the previous year had been cancelled because of COVID, and the company was offering those people first chance at the 2021 spots. And I wanted four of them. You can imagine my delight when I heard back that we were offered spots on the boat for July 30!

We began to prepare an entire family vacation around this trip. My husband wanted to see Vermont, and our daughters wanted to see New York City. Our son said he couldn’t take that much time off work, so it was just going to be the four of us. We booked flights and hotels and a rental car and decided to make a huge road trip out of it.

We landed in Vermont on Tuesday, before our puffin trip was scheduled to go on Friday. We spend that evening and the next day enjoying Vermont…AND I DIDN’T CHECK MY EMAIL until late Wednesday night. There, in front of my face, was a note from the captain saying there was a good chance our tour was going to be cancelled due to bad weather coming through AND DID I WANT TO GO ON THE THURSDAY TRIP INSTEAD.

Unfortunately, we were exhausted and almost to our hotel in Concord, NH where we had planned to spend the night. The only way to make the Thursday boat trip was to drive all night. We couldn’t swing it.

Needless to say, I was extremely disappointed! So I hit the internet and discovered we could take a cruise out of Boothbay Harbor to a different nesting location, Eastern Egg Island. It didn’t offer the chance to land, or go into blinds, or see the puffins super close…but it would allow me to see them.

And it wasn’t sold out for the season. In fact, there was plenty of room on the boat for the day after the storm – in other words, 36 hours away, and I could still book. So I did! We then rerouted our road trip. We no longer needed to head as far north as Machiasport.

So we went to Augusta, Maine for Thursday evening, then down US-1 to see lighthouses, and Freeport for Friday evening. Then we got up early Saturday morning and drove to Boothbay Harbor. (We actually backtracked about an hour, but we go to see Freeport, which wasn’t on our original road trip schedule. It was darling. Augusta was not, but you can’t win ’em all!)

Once we arrived in Boothbay Harbor, it was easy to find the stand for Cap’n Fish’s Cruises, and parking was available right beside it. Parking wasn’t cheap! But at this point I wasn’t going to get upset about that. (I would be getting a refund from Bold Coast, anyway, and that more than covered this boat trip as well as the parking.)

We pulled in, went to the restroom right there – which was very clean – and then I got in line for the boat. I wanted to make sure I got a seat beside the railing so I could see these darn birds! My family decided to look around the area a bit, so they boarded way after me, but no one gave me any trouble about holding seats for them.

The boat has two decks – an open-air one with chairs up top, and a lower enclosed deck. The birds are best seen from the upper deck, so that’s where we went.

The trip to Eastern Egg Rock took awhile, but there was beautiful scenery. The route took us through the harbor, where we could see a beautiful church and several historic buildings that had to do with area businesses, mostly the fishing industry. Further out we could see several lighthouses, some on each side of the boat.

The trip also included a talk by a woman from the local chapter of the Audubon Society. She told us about the different bird species we might see on Eastern Egg Rock, as well as on the trip out. While cruising, we saw the typical gulls, cormorants, and other seabirds that one would expect to see there. But then we spotted a Northern Gannet flying by, which was a nice surprise. I had been chatting with a woman seated behind me, and she had never seen one before. My family members hadn’t either.

And then, we reached it…Eastern Egg Rock.

Y’all, I cried when I saw my first puffin. I had thought this whole vacation was going to be a complete bust, once Bold Coast had had to cancel, but it wasn’t. There was one, right there, in front of my eyes. I couldn’t believe it.

I don’t know what makes Eastern Egg Rock special as compared to all the other islands nearby, but this is where the puffins come to nest. And boy do they come in numbers! I suspect we saw at least 200 individual puffins. Many of them were in the water just off the island. Some you saw flying by, as with the one in the photo above. Others sat in groups of 10-30 individuals, known as rafts. And a few were visible up on the rocks of the island itself.

In addition to puffins, there were more gulls, cormorants, and even common terns and black guillemots, which I’d never seen anywhere. Birders – well, listers specifically, those who keep lists of species they’ve seen in different places – have a concept known as a “life bird”. This is when you see a species you’ve never seen before, anywhere. For me, the Atlantic puffin and the black guillemot were both life birds. I had seen common terns in England, but never North America, so they were special too.

To offer everyone the best vantage, the captain circled the island once in one direction, and then turned around and circled it again in the other direction. That way, no matter what side you were sitting on, you got to go around the island with it clearly visible to you. Yes, I resisted the temptation to elbow my way to the other side of the deck for the second pass! It was hard, though!

And get this. My youngest daughter was feeling a little seasick, and decided to go to the lower deck. She saw a puffin right off the stern (back of the boat), very close. She tried to text me to come down, but I was busy “spraying and praying” (meaning I took lots of photos in burst mode, 844 to be exact!) from the upper deck and I missed my chance. I’m really glad she got to see on that close, though.

After the second pass around the island, it was time to head back to the harbor. Since we were heading in the opposite direction, I had the opportunity to take pictures of the lighthouses that had been across the boat from me on the way out.

And to make things even more special, I got one more life bird when we were almost back to the dock. We passed a group of female eiders, a duck species I’d never seen before. So make that three lifers / life birds for this trip!

One thing I didn’t partake of, but would like to mention, is that the cruise does also sell food and drinks, including adult beverages. I didn’t want to risk an unsteady hand on my camera, so I didn’t try any. But lots of people around me seemed to be enjoying theirs!

I would like to say this quenched my thirst, but these beautiful birds are so captivating. I still want to go to Machias Seal Island. Or Iceland. Or Skomer in Wales. Or back to Bempton Cliffs in Norwich, where they nest, but had already left when I visited there. And of course I want to go out west (Oregon and Alaska) to see the other puffin species! But for 2021, I have to thank Cap’n Fish’s Cruises with all my heart. They saved the most important part of my vacation and gave me the opportunity of a lifetime.

Yes, I highly recommend this puffin boat tour if you’re interest in taking a cruise in Maine! Whether you’re an avid birder or just looking for a fun vacation activity, I think this fits both bills. Which made it perfect for our family, too, since I’m the only crazy bird lady that’s a part of our group. In addition to puffins, they also offer whale watching tours. If you want to see puffins, make sure to plan your trip for the right time of year. They only nest between mid-May and mid-August, and your chances to see them are best in the middle part of that range (in case they arrive late or leave early for a given season.)

For alternative tours that don’t necessarily involve puffins, you might consider a lighthouse cruise or general scenic cruise of Boothbay Harbor. 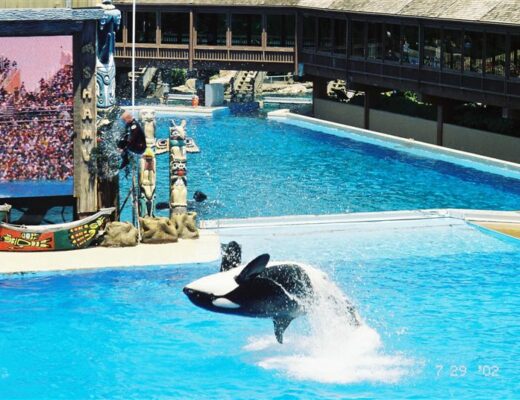 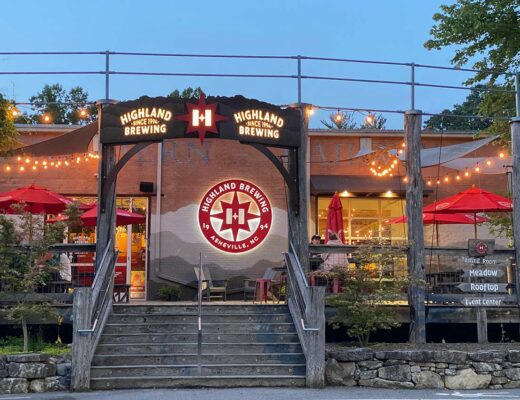 5 Delicious Asheville Breweries You Cannot Miss – Plus a Map! 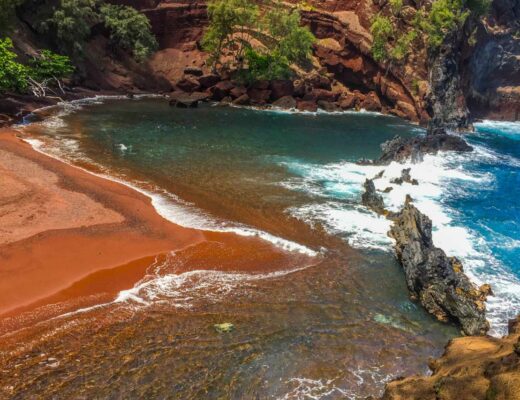