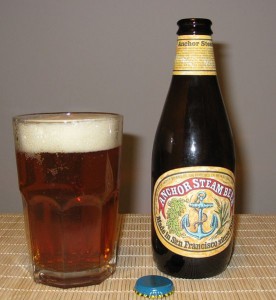 Micro breweries and brew pubs are sprouting up like weeds all over the US. Only these are weeds you don’t want to pull because they serve unique, delicious beer.

This “craft beer renaissance” that has swept the US is especially prevalent in the cities below. Planning a vacation but don’t know where to go? Pick one of these cities to ensure you can find a good beer at every corner.

With over a dozen breweries in the city and almost 150 in the state, Denver really is a great vacation spot for any craft beer lover.

Of those breweries and brewpubs in Denver, in the center of town sits New Belgium, O’Dell Brewing and 4 other brewpubs within 2 minutes walking distance from each other. Craft beer is truly part of the community in Denver .

Just a short drive away from Napa Valley, you would think this bustling city would be full of wine bars. While that is the case, Craft beer has an even bigger presence in this bay city.

A trip to San Francisco has to include a tour of Anchor Steam Brewing Co. After that, head to Magnolia. This brewpub offers a very unique experience and feel. If you are going to a Giants game, stop by 21st amendment beforehand and pick up one of their top rated beers.

After In Bev bought out Anheuser Busch, St Louis turned to Schlafly Brewing as their hometown brewer. A city with strong beer roots, they have taken to craft beer like a drowning man to a raft.

Just in the past 2 years, 13 new breweries and brewpubs have sprouted up. If you are looking to try beers from all of those breweries without driving all around, check out the International Taphouse (2 locations). With over 500 beers to choose from, you can’t go wrong.

Minneapolis is a rare treat for a craft beer lover. There are plenty of cities with the same selection as Minneapolis, but rarely do you find a city where so many people drink craft beer.

Large brewers still sell their beer here but none have a hold on the city. This allows for the community to have a better appreciation for craft beer as a whole than in most cities. Stop by Surly Brewing Co for a tour and tasting of their award winning beers, including Furious!

San Diego is the pinnacle of the west coast brewing scene. There are 30 breweries throughout the county and they have the highest per capita of homebrewers, brewing beer at home.

Stone Brewing is the big dog in this city, but they do a good job of promoting growth throughout the community for all breweries by holding fests and brewing conferences. Stop by White Labs’ tasting room if you homebrew for one of the coolest beer geek bars you will ever experience!

Hi! I'm Susan, a Florida transplant who loves to travel near and far. Travel Guideline exists to share my love of travel, to inspire you, and to help you enjoy traveling more!

Things to Do in Myrtle Beach
Best US Cities to Start a New Life
5 Hot Spots in the Pacific Northwest
Booking.com