Wrapped around the southern tip of Africa, South Africa is among the world's most popular and exciting destinations for wildlife lovers. Safari goers from the world-over flock every year to Kruger National Park to see some of the largest and most beautiful animals in the world - lions, rhinos, elephants, water buffalo, and leopards all living naturally in the preserve. Kruger along with Kgalagadi and several other preserves allow visitors to drive right in and get up close and personal with these majestic creatures, but that doesn't mean there aren't opportunities to go by foot on guided tours in other corners of the vast country.

South Africa is known for more than its safari opportunities, though. With hundreds of miles of coastline, visitors can go surfing off the eastern coast, parasailing at Table Mountain near Cape Town, or just relaxing along any of the country's beautiful beaches. From hikes into the Drakensberg to trips to the Graskop Gorge, this is one of the most adventurous spots on Earth, offering countless outdoor activities to get your heart racing.

In the heart of the country, you'll find Johannesburg, capital of South Africa and a testament to a nation that has a long and at times dark history. Museums illustrate the horrors and challenges in overcoming apartheid. It's a stark contrast to the beauty of the Kalahari desert, the surf off of the Cape, or the heart of Kruger, but it is an important reminder of what this nation has experienced and the pride of its people in doing so. 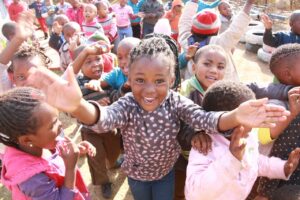 Johannesburg, South Africa, has become a sought-after tourist destination in recent years. Due to its location, it serves as a transit point and connects Cape Town, Mozambique, Durban, Namibia, Victoria Falls and the Okavango Delta. Since the end of apartheid in 1994, tourism in Johannesburg, and South Africa in general, is on the rise. Here are some things to do when you … END_OF_DOCUMENT_TOKEN_TO_BE_REPLACED

There are probably more than a thousand ways and things to do to show or express romance. But there are few wonderful things that most people really enjoy and look forward to. Some of them people even wish to do before they die. A glimpse of sunset by the bay is adorably idyllic. The sea breeze by the deck of a cruise ship might make us fall in love all over again. But … END_OF_DOCUMENT_TOKEN_TO_BE_REPLACED 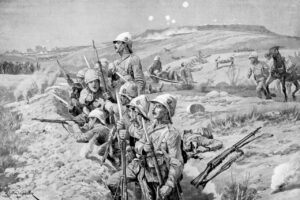 The adventurer seeking unique holiday ideas should consider a trek through the Anglo-Boer Battlefields. There are organised tours available that are suitable for groups and individuals. Those willing and able to go it alone may compile their own journey. The locations are roughly a 4-hour drive from Johannesburg and could easily be done on an overnight trip. This is not … END_OF_DOCUMENT_TOKEN_TO_BE_REPLACED